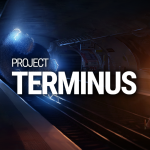 Finally, a horror adventure game that can be played with friends cooperatively.

The narrative is quite interesting. People are turning into zombies as they are infected with nanobots that are plaguing the world. From the Parisian Metro system, your character tries to survive.

There are two ways to play this game. Arcade mode sends forth waves of zombies and the campaign is an adventure story.

Whilst the campaign is enjoyable on single-player, when playing cooperatively (with up to 4 friends) it is amazing and this is, I feel, should be the main selling point of the game.

The controls will be fairly easy to pick up, particularly for those that have already played first-person shooters or adventures. However, it is not recommended for new players because it can be quite intense and only offers roomscale player mode. There is also a risk of motion sickness for players that have not yet developed their VR legs.

There is a lot of attention to detail with regard to performing actions during the game. For example, your torch has limited battery life and when you come to change the batteries, you have to perform multiple motions to remove the old batteries, open your pack, grab the new batteries and put them into your torch. This adds to the realism but can be a little tedious at times.

Like many horror VR games, Project Terminus aims to create a tense atmosphere, but (for me) it didn’t succeed all that well.

The graphics are pretty decent. I love what they have done with the light effects, however, there are some areas that are just a bit too dark and it can get a bit disorienting.

Although the environment looks good, the player characters and zombies are not so great and are quite poorly designed and animated – however, this may be something they will fix in a future update.

I really liked the sound effects in the game. They were realistic and added to the realism of the environment.

This game will have you playing for 5+ hours as you go through the campaign and has added value by including the arcade mode and a map editor so that you can design your own levels.

Project Terminus VR is a game that must be played in multiplayer cooperative mode to get the most enjoyment. That doesn’t mean the single-player campaign is terrible but there’s just something about teaming up with your friends to overcome the challenges together that is tremendously satisfying.