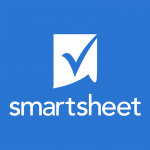 Simply an existing project management app that has been repackaged as a dedicated app available through the Oculus store.

Smartsheet is a subscription-based project management application available for the Oculus Quest.

Oculus/Meta are pushing the use of 2D apps onto their headset so that more people will use them for work-based purposes. However, like Spike Email, this app will really only be of any use to anyone that is already signed up for the service.

For the average Oculus Quest user that wants to play games, Smartsheet won’t even be a consideration, especially when they realise it isn’t free (as stated on the Oculus Store) but a monthly paid-for service.

Any web-based Subscription-as-a-Service (SaaS) software can be accessed via the Oculus Browser anyway. For example, you can still log on to your Gmail and office 365 whilst in VR if you wish to – the only difference is that these guys have made a dedicated app for their wares.

Whilst the shift to using virtual reality for business is inevitable and organisations such as Smartsheet should be commended for getting in on it early, these apps are simply a funnel to their web application and a way to market their products to the Oculus Quest community.